What to do if CICA claims are refused 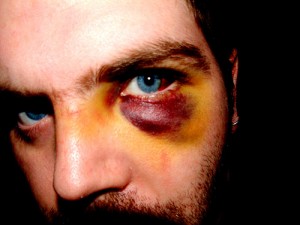 What to do if CICA claims are refused

There are times when unfortunately the CICA will refuse to make any award at all, with a number of reasons why this can be.

For example, it may be that the CICA feel that the assault has not been reported to the Police quickly enough. The CICA may feel that the incident is not a “violent crime” as such.

Alternatively, perhaps that the injury is not severe enough to warrant an award of compensation.  However, just because a CICA award is refused, it does not necessarily mean that ultimately an application will not be successful.

Request a review of CICA Decisions

It is always possible to request a “Review” of a decision made by the CICA, particularly if this is a refusal of an award.  A written application must be made within 90 days of the decision, with any additional evidence in support enclosed.  The CICA will then reconsider its position.

When the request for a review is received it will be considered by a claims officer who was not involved in the original decision, so a fully independent view will be put forward.

If after this, a CICA award is still refused, yet another step can be taken, with an “Appeal” made to the Tribunals Service.  In these circumstances a form is completed which will include reasons for the appeal and any extra documentation in support.  Again, this must be sent to the Tribunal within 90 days of the review decision.

The appeal will likely proceed to an oral hearing, where representation for you will be vital in an effort to convince the Tribunal that both the original CICA decision, and the review, were wrong.  The most important reason for representation at this is stage is that the Tribunal decision is final.

Contact us if your CICA application has been refused.

We have dealt with many applications that have been refused by the CICA, and have successfully had them reviewed and appealed.
If your application has been refused, contact us immediately as our solicitors may still be able to obtain you the compensation that you deserve.  Remember, “it ain’t over till it’s over…”.